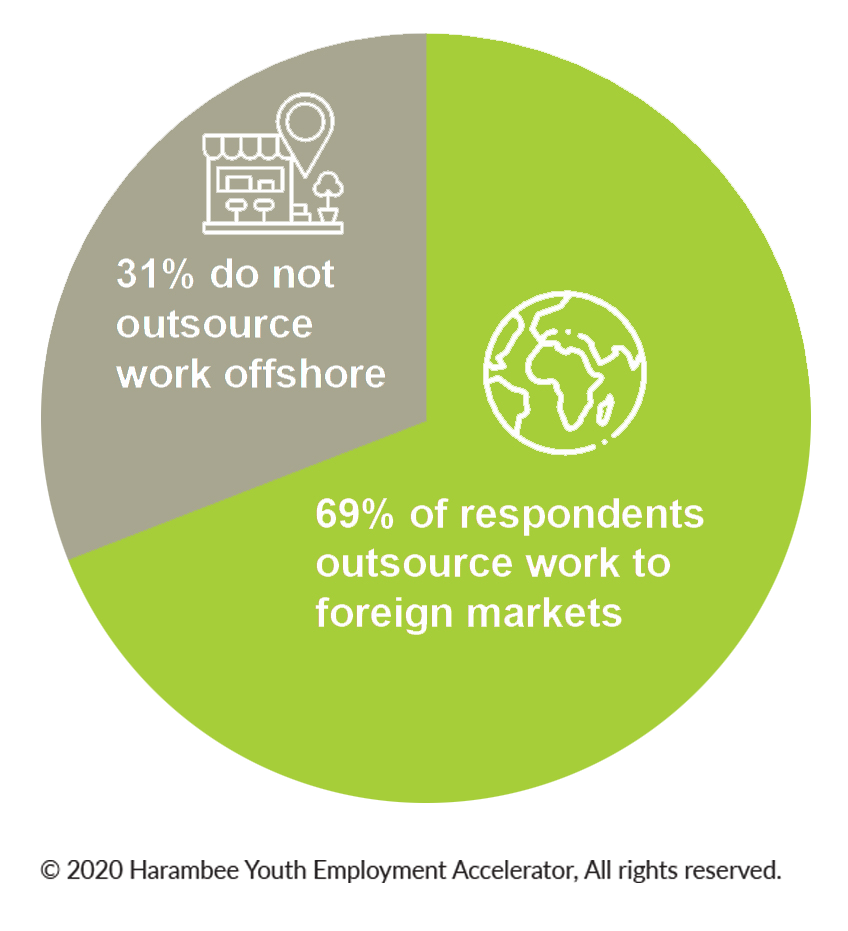 However, in addition to the brain drain of individuals and workers, a significant percentage of organisations that responded to this survey (69%) indicated that they outsource digital and ICT work and expertise to other foreign countries. This points to a worrying lack and mismatch of these kinds of critical skills in South Africa and the compelling cost/price value propositions that these countries offer. Overall, source data collated by Genesis GBS | Knowledge Executive estimates that contracts that would equate to roughly 28,800 digital and ICT jobs have been outsourced to other countries which translates to estimated lost export revenue in the region of R8.5 billion per annum.[1]

Notably, the 102 organisations interviewed for this survey indicated that they are paying just under R150 million per annum to service providers in foreign markets to facilitate this work for them. The type of work being outsourced includes, design, development, support and fulfilment in the following areas: 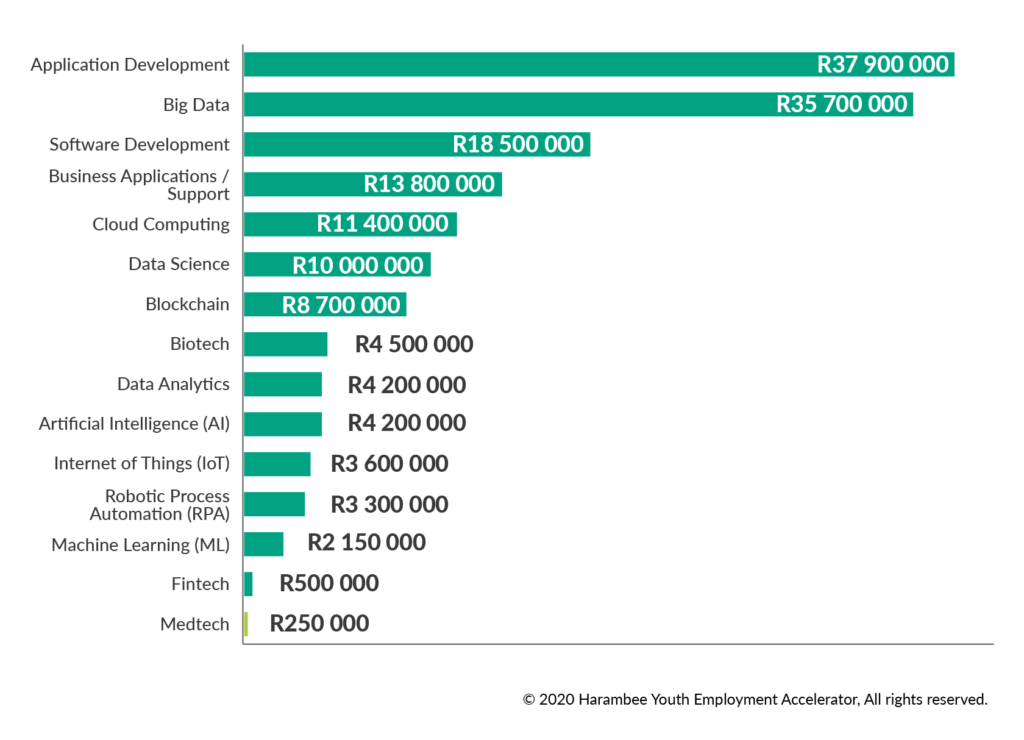